The Case Against Divesting From Oil Stocks 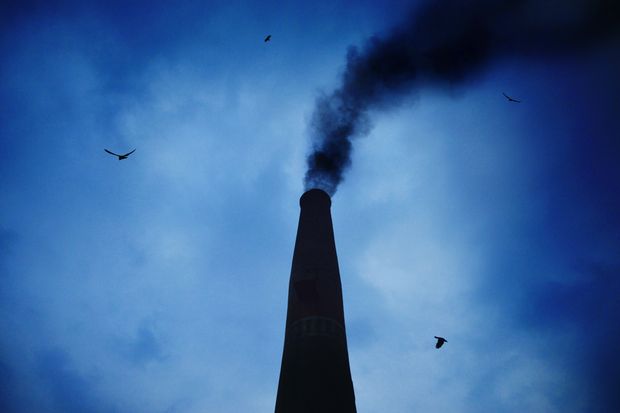 In a world in which 100 companies are accountable for over 70% of global greenhouse gas emissions, perhaps the most direct climate change solution would be to incentivize those companies to reduce emissions.

Measuring who is or isn’t in the broadly defined sector of clean tech is an exercise in fuzzy math. But there are ways to drill down and get hard numbers. And when you do, it turns out that the investments by Big Oil in carbon reducing technology are now outpacing those of venture investment into clean tech. So why shouldn’t those traditionally “dirty” companies be rewarded for their efforts? After all, the world has the most to gain if they rapidly decarbonize while meeting consumer demand for renewable energy.

Consider that the high-water mark for clean tech investing occurred over a decade ago in 2008, when $4.1 billion in venture capital was poured into companies looking to improve efficiency and environmentally-friendly energy capture. Since then, the capital invested and total number of deals has been in steady decline.

Contrast that with the investments made by Big Oil. In 2016, the most recent year for which data is available, the oil majors spent a total of $6.2 billion on renewable energy firms, purchasing twice as many companies as they had the year before. That’s still a trivial amount when you compare it to total revenue—Exxon and Royal Dutch Shell make half a trillion per year. Still, the gap looks like it will only widen in the future—a recent report suggests that by 2035, big oil could have invested as much as $350 billion in wind and solar to retain its advantage in the energy sector.

Some of these investments are pure business decisions. Some are naked attempts to placate angry shareholders. But the motivation matters less than the scale. And these investments are starting to pay off: in one recent five-year period, the oil sector also saw an overall drop of 12% in carbon emissions.

Traditional ESG investing logic would dictate that clean tech get graded higher than the oil companies, even though the latter are investing more in pure dollar terms in energy efficiency and renewables.

These large companies have the wherewithal to make massive investments in clean technology and to decarbonize their assets. Not grading them fairly for those efforts or, worse, ignoring them entirely, makes little sense if the objective is to address climate change.

Recognizing this is a departure from the tactics of early ESG investors, who favored divestment. But while divestment certainly sends a message, the concept of investing with those whose emissions actually have the biggest impact keeps the hands of investors more directly on the levers of climate change.

Divestiture may have been a key element in campaigns against diamond mining and, earlier, apartheid in South Africa. Energy, however, is different. Clean replacements for fossil fuels are ready on a large scale. Alternative energy sources are, in fact, becoming increasingly competitive, resulting in more rapid shifts in the energy resource markets. So instead of focusing on which companies or funds to avoid, investors’ efforts should be directed toward finding better ways to understand who to reward. Which presents its own sort of problem.

The challenge to implementing a more-nuanced approach to impact investing lies in finding good data. Investors struggle to evaluate companies when it comes to carbon emissions, and it’s not for a lack of effort. Too many companies keep their data close to the vest. Fewer than 60% of companies adhere to basic reporting standards. Data needs to be systematized and forward looking; acceptable levels of risk need to be standardized. Without these quantifications and standards, impact investors are left to guess.

For instance, when the world’s largest container shipping group announces a plan for zero emissions by 2050, it could be seen by some as a goal worth incentivizing with investment. But headlines aren’t specifics. How do you measure progress when you only have a final figure and not the starting number, nor the rate at which a company might improve?

Even those companies doing the right thing by reporting only announce emissions figures once every few years. So long as this sort of reporting is imperfect, infrequent, and done by only half of available companies, we can assure you that solutions to climate change will remain a problem to be solved, as opposed to one being solved.

The good news is that many companies and investors want to get on board and move forward when it comes to de-carbonizing and saving the planet. Fixing the problem is in their interest, too, after all. And the world is only just starting to wake up to the shortcomings inherent in the world of impacting investing as it currently exists.

Markets are becoming more sensitive to climate threats, and so are the traditional energy companies that traditionally get left out of the discussion when it comes to advances in tackling climate change. But for markets to behave with efficiency, investors need better data. Given the right information, capitalism still might be the most effective tool for climate change we have.

Thomas H. Stoner Jr. is the author of Small Change, Big Gains: Reflections of an Energy Entrepreneur. He is also the chief executive officer of Entelligent, a Boulder, CO-based provider of  predictive equity portfolio analytics, advanced data, and Smart Climate indices. David Schimel is a senior research scientist at NASA’s Jet Propulsion Laboratory and the chairman of the board of Entelligent.