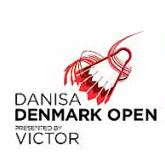 Indian badminton pro Saina Nehwal crushed world number 2 Akane Yamaguchi of Japan without precedent for a long time to enter the ladies’ singles quarterfinals of the Denmark Open.
Nehwal, in any case, won her second round match rather convincingly. The Olympic bronze-medalist, who has dropped to 27 in the most recent world rankings, enlisted a simple 21-15, 21-17 prevail upon second-seeded Yamaguchi. 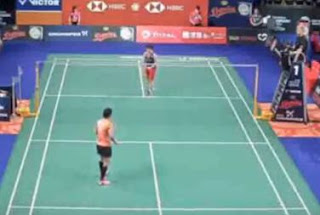 This was Nehwal’s second win upon Yamaguchi, who has won six times in the no holds barred experiences between the two.
Nehwal’s first win against Yamaguchi came in 2014 amid the China Open.
From that point forward, Yamaguchi has been on high ground against the Indian. The prior two meetings between the two this year — Uber Cup in May and Malaysia Open in June — likewise went in favor of Yamaguchi.
Nehwal trailed 0-4 at first yet she made a fine rebound to level the scores at 10-10. Be that as it may, from that point, Nehwal demonstrated huge determination and reeled off five straight points to take a 15-10 lead and after that extended it to 19-12. 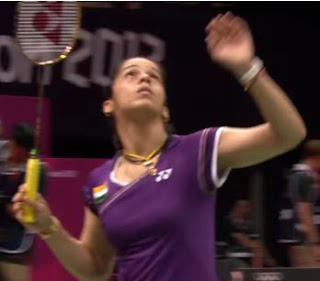 Yamaguchi recuperated a bit yet Nehwal snatched five amusement focuses at 20-15 and after that effectively took thedecisive diversion.

In the second game, the ball was in Nehwal’s court to lead the pack at first as she zoomed to 7-2 however Yamaguchi got her up at 11-11.

From that point onward, it was a photo finish between the two as they were leveled at 17-17.
Later in the day, all the more uplifting news was in store for India. The ninth-positioned Indian star Sameer Verma held his nerve to beat Asian Games champion Jonathan Christie to achieve the men’s singles quarterfinals.
Sameer initially let go three match points in the deciding encounter before pulling off a 23-21, 6-21, 22-20 prevail upon the world number 12 from Indonesia.
Sameer will now face world number three and another Japanese, Nozomi Okuhara, in the quarterfinals.