The M J Akbar story has now certainly been a defining moment in Indian history. 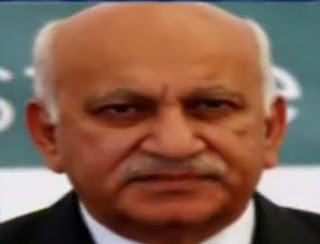 On a day when the defamation case hearing had begun, and the court had taken cognizance, the Editors Guild of India has come out openly in support of the #MeToo movement. The Guild had M J Akbar as its Chief earlier. Today it has asked Akbar to withdraw the criminal defamation case he filed two days ago against journalist Priya Ramani.
The top editors’ body came out in support of the women journalists who have accused M J Akbar of sexual harassment.
The Guild also offered legal support to women journalists who have leveled the allegations against M J Akbar in case he does not withdraw the present case or files such cases against other women too.

Akbar had filed the complaint against Ramani alleging she “willfully” and “maliciously” made imputations against him with the ulterior motive of maligning his reputation and political standing. 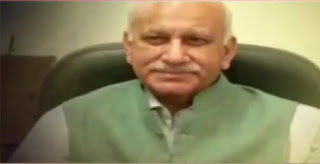 His lawyers now say that Ramani caused irreparable loss to M J Akbar’s reputation. The court will now examine statements of MJ Akbar and other witnesses on October 31 marking a beginning of a long drawn battle.
The defamation case led more women and some men too to come forward in their defence of Ramani and others. Around 20 journalists, who had worked at The Asian Age during Akbar’s tenure, issued a joint statement against him.
In a statement, the Guild said: “It salutes the courage shown by several women journalists in bringing to light instances of how they were sexually harassed. The resignation of Mr M J Akbar is a result of these women journalists’ courage to fight for a high principle: gender equality in the newsroom. We hope that Mr Akbar will also display the grace to withdraw the criminal defamation case he has filed against one of these complainants.”
While Akbar is entitled to all legal instruments available to a citizen to seek vindication, it would be paradoxical for a veteran editor to employ the instrument of criminal defamation, the Guild said, adding that, “more so for Mr Akbar who happens to be a former president of the Guild”.
“But if he doesn’t, or in case he files such cases against other women too, the Guild offers its support to them. If any of them were to need legal advice or assistance, the Guild will do the best it can to help and also appeal to eminent lawyers to represent them pro bono,” the statement said.

Today’s picks: From HDFC to Infosys, hot stocks to watch on Wednesday