The Aerospace sector is all set to fly high in Telangana. Boeing, Tata are going to develop Apache fuselage in Hyderabad, said to be a big leap forward for Telangana in the aerospace sector.

At the ongoing Defense & Aerosupply Conclave 2015, IT Minister K.T. Rama Rao, top executives of Boeing India and Tata Advanced Systems Limited (TASL) have announced on the sidelines of supplier meet of Boeing that a centre to manufacture aerostructures for AH-64 Apache helicopter will come up in Hyderabad. Secretaries Arvind Kumar (Industries) and Jayesh Ranjan (IT) were also present on the occassion.
The announcement came as a follow-up to the joint venture the two companies had announced last month. 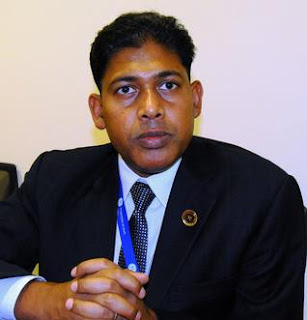 Pratyush Kumar, president, Boeing India : “We are making a beginning with manufacture of aerostrucures for Apache and will take this partnership forward to develop advanced systems. It is a special day when we have met over 100 Indian buyers and vendors. It marks a special occasion. The JV will initially start with making aero structures, with the Apache fuselage and move on to manufacture of advanced systems in the future.”
Sukaran Singh, CEO and managing director of TASL: “We have been in Telangana State for over 5 years and are very happy with the experience. The JV will truly be a Make in India initiative”

The AH-64 Apache is the world’s most advanced multi-role combat helicopter and is used by the US Army and defence forces of other countries. Boeing has delivered more than 2,100 Apaches to customers around the world since 1984.
The state government has agreed to allocate land and provide all other support required for the unit, which is coming up near aerospace Special Economic Zone (SEZ) at Adibatla on the outskirts of the city. TASL already has four joint ventures with global companies here. The finer details of the extent of land to be made available, the exact location and the timelines are yet to be confirmed.
Briefing media after participating in the meet, the Minister disclosed: 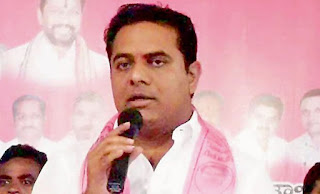 The Minister assured all the support in creating the entire ecosystem for the sector and also promised that if required the state government on behalf of the companies investing in the state will take up their issues with the central government. Pratt & Whitney, a leader in aircraft engine manufacturing, is also looking to expand its base in the city and set up something in human resource and training sectors, he added