In November last year, domestic airlines flew 73.22 lakh travelers, a 24.65 per cent increase over the 58.74 lakh passengers carried during the same period in the previous year. [Source: DGCA]

Global airlines body, International Air Transport Association (IATA) had in its airlines industry outlook for 2016, released early December last year, has projected passenger capacity growth in the Asia Pacific region to accelerate from six per cent in 2015 to 8.4 per cent in this year “as new aircraft are delivered largely to accommodate growth in the major emerging markets of India, Indonesia and China.” (See Largest Aviation Market) 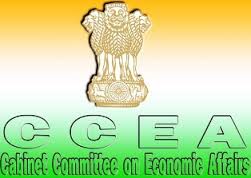 In such a scenario, debt ridden Air India, the national carrier, does not intend to lag behind. The Cabinet Committee of Economic Affairs in April 2012 had doled out a Rs 3,00,000 million bailout package. Faced with substantial debt burden, the national carrier has been exploring various options to raise money to meet its funding requirements. These include sale of properties and land parcels. Earlier, AI had sold four premium flats in the Mumbai’s tony Peddar Road area to its lender SBI for Rs 900 million.
Today Air India wants to lease 15 Airbus A-320 aircraft from Airbus to augment its A320 fleet. The airline has put out a tender for leasing 15 Airbus A-320 aircraft, which it plans to induct into its fleet during 2016-17, as per a senior airline official. Air India plans to take the aircraft on “long lease” and will go in for dry lease, which means that the airline will get the Airbus A-320 planes without the flight crew. The aircraft will be taken on a lease for period of up to 12 years and it may include both new as well as old planes (not older than six years), the airline said. Deliveries of these aircraft are to be made between April-December next year.
The airline currently has 66 Airbus A320s in its fleet, apart from Boeing. The fleet strength of the airline is around 125.
Read : Air India Struggles to pay Debt 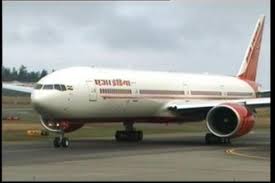 The Airbus A-320 family of aircraft has been the core of the Air India’s business since 1992. A number of aged A320s along with Boeings have been sold as scrap earlier. The manufacturer, Airbus, today has come up with new a variant – the neo – claimed to be 15% more efficient in fuel consumption. The aircraft proposed to be leased will also mainly be deployed on domestic routes.
As per a senior Air India official, the decision to consider the leasing option was taken in the face of stiff competition in a rapidly growing domestic market which recently saw fastest growth among seven major aviation markets including the US, China and Russia. Other factors include
Air India is open to lease both A320ceos (current engine option) and the new fuel-efficient A320 neos (new engine option)., the airline said in the invitation for bids.
Significantly, Air India has already signed a deal for the dry leasing of 14 A320 neos with the Kuwaiti lessor, Aviation Lease and Finance Company. These aircraft are expected to be delivered to Air India between April 2017 and March 2019.