Air India has cancelled operations on Sharjah-Kochi route with effect from January 11, 2016 leaving Sharjah’s Indian community to depend on Air India Express and other budget carriers.
However, in response to increased demand on the sector, Air India is starting Dubai–Kochi-Dubai non-stop flights on the same day, but without business class.
Aircraft – Airbus A320  ; Seats – 180

Dubai-Kochi Flight AI 934
Dep Dubai   – 1330
Arr   Kochi  – 1910
Kochi – Dubai flight AI 933
Dep Kochi – 0935
Arr Dubai  – 1235
Book your Tickets on NC Airways
All passengers who have booked on Air India’s Sharjah-Kochi-Sharjah route have to go to their travel agents to change their tickets free of cost. Air India is also offering customers an introductory fare of Dhs 330 one-way and Dhs 785 return with 30 kg baggage on the Dubai-Kochi route as per Melvin D’Silva, regional manager, Air India. It is also offering passengers on this route online check-in facility and selection of their preferred seats 24 hours before flight time by visiting the carrier’s website and selecting the Internet check-in option.
Reactions from Indian residents to the shifting of the Kochi service from Sharjah to Dubai by Air India have been mixed.
“Demand for flights from Sharjah is relatively lower than from Dubai Airport because of accessibility, connectivity and duty free shopping. However, flying daily from Dubai to Kochi without business class may not be good because there are many local and international business passengers flying to Kochi for business and medical treatment. The airline has many Dreamliners but such high-end aircraft are not used on this route,” said an official of a travel agency selling Air India tickets. “Unlike Kozhikode Airport which can handle only smaller aircraft, Kochi can handle any big aircraft but the airline is not utilising its full potential,” he added.
Air India currently operates 74 flights per week to and from Abu Dhabi, Dubai and Sharjah. The airline, along with its low-cost subsidiary Air India Express, operates 300 flights a week from the Gulf Cooperation Council countries to India.
Despite the huge Indian diaspora in the GCC, Air India has been struggling to compete with the big three Gulf Airlines – Emirates, Etihad, and Qatar Airways which have been expanding Indian services.
However, Air India has seen its overall performance improve in the last year due mainly to lower fuel costs, growing passenger demand and minimised aircraft inefficiencies.
Air India is expected to report a profit – the first since its merger with Indian Airlines in 2007 – of close to USD 900,000 in the current fiscal year.
Air India has also announced plans to launch a new service linking Delhi with Gorakhpur, a city located close to the border with Nepal in Uttar Pradesh.
Commencing on 15 January, the route will be operated every day except Sunday
Aircraft – ATR turboprop  ; Seats – 70 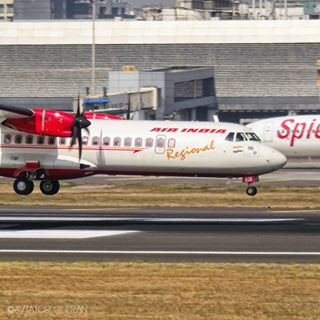 Flight AI 9809
Dep  Delhi  1215
Arr  Gorakhpur 1415
The return flight, AI 9810
Dep Gorakhpur – 1445
Arr Delhi –  1645
Book your Tickets on NC Airways
Passengers travelling to and from Gorakhpur will be offered connections to a range of international destinations.
This is the latest destination to be added by Air India under its ‘Connecting India’ programme, which aims to serve smaller regional cities. Other new services have included Mumbai-Gwalior, Delhi-Durgapur and Kolkata-Durgapur.