Air India Express (AIE) has said that it will introduce flight services to Dubai and Sharjah from New Delhi from May and also enhance connectivity to the Gulf region from Mumbai and Kerla. 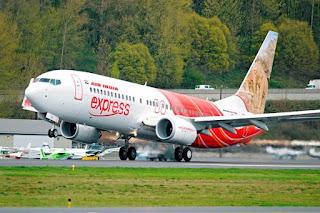 It also said that it was adding Ras-Al-Khaimah as its new destination in the Gulf region.
This is the first time since its launch in 2005 that AIE, the international budget arm of national carrier Air India, will be spreading its wings to New Delhi.
The flights from Delhi are set to be launched from May 10 and are a part of the recently announced summer schedule of AIE, a release said.

The two new routes will be serviced by one of the six brand new Boeing 737 leased aircraft, which are being inducted in the AIE fleet, it said.
Air India Express will commence two new daily air services to Dubai and Sharjah from Mumbai from April 7 as part of its plan to increase connectivity to the Gulf from the commercial capital.
AIE had last week announced that it was increasing its frequency between Kerala and Middle East to 119 flights from the present 96. The move was to be introduced in a phased manner, starting from March 28, as part of the summer schedule.
The frequency between Kozhikode and Dubai has also been doubled to two flights per day, it said, adding that a morning departure flight would now also be in service apart from the night departure flights.
Acknowledging Kozhikode as its largest revenue centre, the airline has also increased offered capacity to an all-time high of 11,718 seats per week from 8,184 seats.
In addition, Air India Express will also introduce two daily separate non-stop services between Kozhikode and Bahrain and Doha in the new schedule.
Non-stop flights from Kochi to Dammam (Saudi Arabia), Thiruvananthapuram and Dubai, and increasing the seats from 930 to 1,116 on the route are part of the airline’s new schedule, it said.

Air India Chief Exhorts Employees to “Work as a Team”